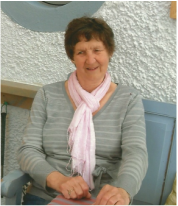 Throughout my career, I have always worked with children and young people, mainly as a paediatric nurse and latterly as a family support worker. I have met so many young people who never had the desire to, or given the encouragement or support to learn to read, and my personal goal is to allow one young person to read one page of my book, and then want to read on. I have just self published my first collection of stories called THE ZONE,  each short story has a different character  with a different story line but the one thing they all have in common is that attend A Youth Drama Group named THE ZONE. There they can relax, be themselves, be supported, make new friends and learn new creative skills like music, drama and writing.

I started writing four years ago with an online writing course Children’s Academy of Writers and am an active member of SCWBI (Society of Children’s Writers &Illustrators British Isles) and have attended two brilliant ARVON Courses, Writing for Children. My tutors were Martyn Bedford, Celia Rees, then last year Melvin Burgess and Malorie Blackman.